What Antwerp's residents don't know (or don't want to know)!

This is a ‘fun’ lecture!

Suitable for ‘true’ Antwerpenaars and for all who are interested in knowing where all those clichés come from.

Why are Antwerp's residents so easy to spot?

Does it have to do with the fact that Antwerp is the largest municipality in Belgium with regard to residents? (520,504 in 2017).

Or because the city was larger than London during its Golden Age? (That was 500 years ago!)

Or does it have to do with the fact that Antwerp has the second largest port in Europe?

Well in this lecture Harry hints at a few reasons and he doesn't spare Antwerp's residents!

But he does it in such a fun and self relativistic way that everyone feels addressed, even other Flemings who are tired of the jokes about the rest of Belgium as Antwerps ‘car park’, and Dutchmen who want to have a fun night out in Antwerp.

Harry was born and raised in Antwerp.

When he was about 10 he declared that he didn't want to live anywhere other than under ‘his’ Antwerp cathedral.

And that's what’s happened! He has lived in a medieval house that he restored in the Haarstraat, in the middle of the car-free zone in the historic centre of Antwerp, for many years. He likes to claim that: ‘if the tower of the cathedral were to fall in the right direction, the weathercock would be on our roof’.

True Jef Geeraerts (famous Belgian writer) fans are guaranteed to have been confronted with ‘Haarstraat no. 11’ at least twice in their lives because Jef was born at that address: “… in the well-heated kitchen in the Haarstraat no. 11, a building that belonged to my grandfather Jef Geeraerts Sr., in the shadow of the cathedral, within range of the horns of the ships on the Scheldt River.” And “Building no. 11 in the narrow Haarstraat looks just as dilapidated. The plaster is cracked. The high, narrow front door is painted bright green.” (from Gangreen 3 ‘ Het Teken Van De Hond’).

For years Harry was editor and columnist at De Streekkrant (‘E3 Greater Antwerp’) and at the first four-colour newspaper in the region: ‘Our Antwerp’.

He acted in the ultra-Antwerp play ‘Slisse bouwt’ with ‘Gaston and Leo’ (famous Belgian comedians) for many seasons and Robbe De Hert (film director) gave him a role (as policeman) in Blueberry Hill and Brylcream Boulevard. (Dutch) https://www.youtube.com/watch?v=VYAsrc4s3TM

For years he was a member of Antwerp's Municipal Youth Council and he took care of the public relations and press relations for the ‘Friends of Semini’ (the small statue above the fortress gate of Het Steen) for some time.

So Harry really can say that he knows Antwerp and its residents like the back of his hand.

That's no surprise since his shoemaker is near St Paul's Church, his supermarket is near St Andrews and his car park is next to City Hall, important Antwerp landmarks

A lecture with interactive possibilities, about the Antwerp that's seldom seen. It's offered in two versions:

Version A A version for foreigners and Flemings from different provinces

• How can one (try to) put Antwerp's residents, with their proverbial ‘swollen head’, in their place?

• Is it true that their nickname ‘Sinjoor’ is a title of honour?

• Do they have reasons to be so proud of the fact that they live in Antwerp?

• Is it really better in Antwerp than in the rest of Flanders (or the rest of ‘the world’)?

Version B A version for those who are proud to call themselves a ‘Sinjoor’ (at least up until the end of the lecture...)

• Do we really know as much about our city as we claim to know?

• Do we really have a swollen head or do the others have an inferiority complex?

• Did an Antwerp resident or a Dutchman founded New Amsterdam/New York?

• What's the real story about the Pagadder and the Sinjoor?

1) Each of the formulas can be supplemented with an interactive quiz (± 30 minutes) that involves EVERYONE in the audience (on condition that there is enough room and sound amplification is available).

2) If desired you can combine the lecture with a (pub) tour of Antwerp with Harry as a guide. Educational pleasure guaranteed! 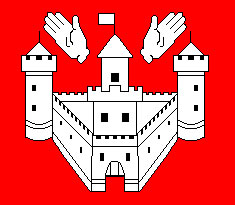