A training session that will help managers to prevent conflicts and, if they do occur, to overcome them.

The following items will be covered:

- Insight into possible causes or triggers of conflicts

- Difference between a problem and a conflict

- Trying to prevent conflicts or conflicting situations in the future

- Ability to react flexibly to different types of conflicts

- Communicating clearly and collectedly, even under pressure

- Intuitive reflexes with respect to conflicts

- Methods for solving a conflict

- Stopping an escalating conflict between teams

- Giving and receiving feedback in a constructive and non-conflicting manner

- Avoiding conflicts in the future

Harry has been active in the business world, on different levels, for more than 30 years.

He has been both an employee and an employer. He worked in large organisations and in small companies. He worked with large and small teams. He worked on small and very large projects that were very ‘stressful’ to say the least. As one can notice from his lectures and training sessions, communication is his thing. But he has also faced conflicts. From day-to-day practice he learned that one only becomes a team player and a good leader if he or she is able to deal with conflicts in a suitable manner.

Therefore Harry will gladly share his experiences with you.

1) Lecture of about one hour that gives a general picture of how to avoid and/or solve conflicts in a way that gives the most satisfaction for the company and the individuals involved.

2) Training session of two days with at least a one-week interval. 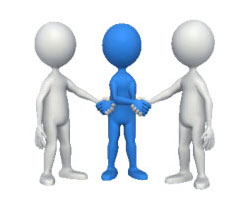